Direct collaboration, as opposed to indirect collaboration (which we’ll talk about next week) is where a writer works directly with one or more people on a specific piece. Jess Weaver and I developing the Christmas play for Springs Ensemble Theatre’s winter show is an example.
Shameless self-promotion moment: 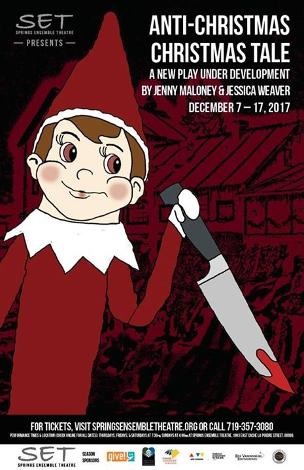 Writers working with agents or editors to shape-up a piece for publication is another, regularly-happening example of direct collaboration.

In 1944 Jack Kerouac and his friend William Burroughs took turns writing alternating chapters of And the Hippos Were Boiled in Their Tanks, a novel about the sensationalized murder of one of their circle, David Kammerer, by another member of their circle, Lucien Carr.

First, a super-quick background on the case — or you can go watch Kill Your Darlings starring Daniel Radcliffe, which covers this same story:

Kammerer was a teacher out in Missouri, and Carr was a student. When they met, Kammerer was 25 years old, and Carr was eleven. Kammerer basically took Carr under his wing (otherwise known as: followed the kid around) and, as James Grauerholz sums up in his Afterword to Hippos: “Eight years, five states, four prep schools, and two colleges later, that connection was grown too intense.” Carr tried to join the merchant marines, hoping to get on a ship and head out of country and leave Kammerer behind. That plan didn’t work out. On August 14, 1944, Carr stabbed Kammerer and threw his body into the Hudson River. Carr surrendered a day later, after first confessing to Burroughs and then to Kerouac – who may or may not have helped conceal evidence (I can’t find a definitive answer, so if anyone knows, please let me know). Carr and Kerouac were both arrested. Carr ultimately served two years. Kerouac only got bailed out because he agreed to marry his first wife, Edie Parker, and her family paid for his release.

Seeing as how writers are such an understanding lot…Carr’s friends jumped to write about the whole situation. Ginsberg worked a few chapters for his own book, and according to Grauerholz, his version “is the most detailed, and possibly the most realistic, of all the dramatizations of Kammerer’s final hours.”

And Kerouac and Burroughs decided to write their version together.

I’m not surprised that writers involved in a collaborative circle would choose to write together. And I’m certainly not surprised Kerouac and Burroughs chose to write about an event that affected their lives, and the lives of other members of their circle, so completely. I am happy that the publication was saved until after all of the major parties have died. (Not for lack of trying, apparently, but Carr requested that they back off – which they did.)

Anyway, Kerouac and Burroughs did write the book together, choosing one of the most obvious forms of collaborative writing: the alternating chapter method.That’s just like it sounds. Burroughs took a chapter, then handed it off to Kerouac, who wrote the second chapter, and so on. I can’t speak for Kerouac and Burroughs, or how easy/difficult it is to do with two people, but I have used this method.

With about ten other people.

There are pros and cons.

Pros:
• Word count adds up quick. It’s satisfying to watch the story grow and feel the ownership of it…and do only a portion of the work. If you’ve never finished a big thing like a novel, sharing the work with someone else can give you the impetus to finish your own work. From what I can tell, Hippos was the first big work completed by either Kerouac or Burroughs…even though it wasn’t published until decades later.
• It increases communication, which forces you, as a writer, to articulate what you’re trying to do. That helps with your solo work as well.  You have to define your terms.
• You back up your work more. Hit SAVE!
• Keeps you on your toes – harder to predict what another writer will do with the material. Makes you think creatively within a piece and see various possibilities. (A lot like working improve for actors.) One of the rules for the round story projects that my writing group works on is that you can’t negate something one of the other writers introduced. So you can’t blow everyone up and start over in a new setting with characters you ‘like better.’ Hippos has a uniformity to the story that Kerouac and Burroughs had to have worked out in a similar fashion.
• It’s a great way to learn the structure of stories, because without thinking about that, the whole thing gets wonky fast. As it is, Hippos has an episodic build: first the characters go here, and then there, and then here again. There are some neatly interwoven threads, but there are a lot of diversions as well.
• It’s just fun. It keeps it playful, even if you’re dead serious.

Cons:
• You don’t have full control of the story. You MUST compromise. (If you don’t, it equals arguments with people who you generally respect and admire – why else would you choose to write with them?)
• Can result in a choppy story, no matter how hard you try. Hippos suffers from this, sorry to say.
• Schedules are a pain to work out. – Luckily, Kerouac and Burroughs were pretty much living together with some other buddies while they worked on Hippos.
• Without individual control, you hit the middle bar more often than the top bar. Kerouac and Burroughs were both smashing writers…but I have to say that Hippos doesn’t equal Kerouac’s solo work – at least from what I’ve read. (And I’ve never read Burroughs’s solo work, so I can’t compare on his side of the equation.) Part of the quality-question is definitely that this was their first big finished project for both of them…so it’s a book by beginners overall.

I highly recommend at least one attempt at direct collaboration like Kerouac and Burroughs.

Right now, Jess and I have hit out stride writing together. We communicate early and often and follow all the notes from above. I highly recommend just getting an experience like this…even if it goes nowhere. Just try to make sure that you pair up with someone you have a good working relationship with — Jess and I worked on several plays together as designers and performers before jumping onto the paper together.

You just have to go into it with the knowledge that, if you fail miserably, you can at least blame it on the other guy. (Hi Jess!)

***Side note on Lucien Carr: He is the father of novelist Caleb Carr — the author of two of my own favorite books: The Alienist and The Angel of Darkness.***