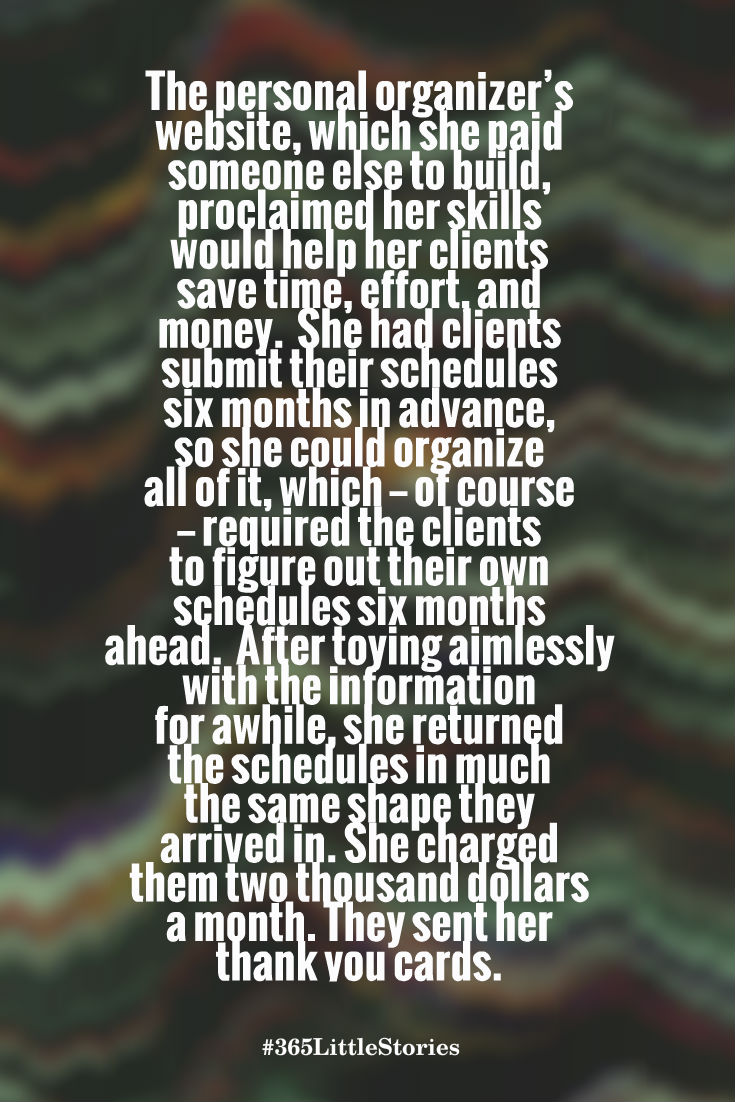 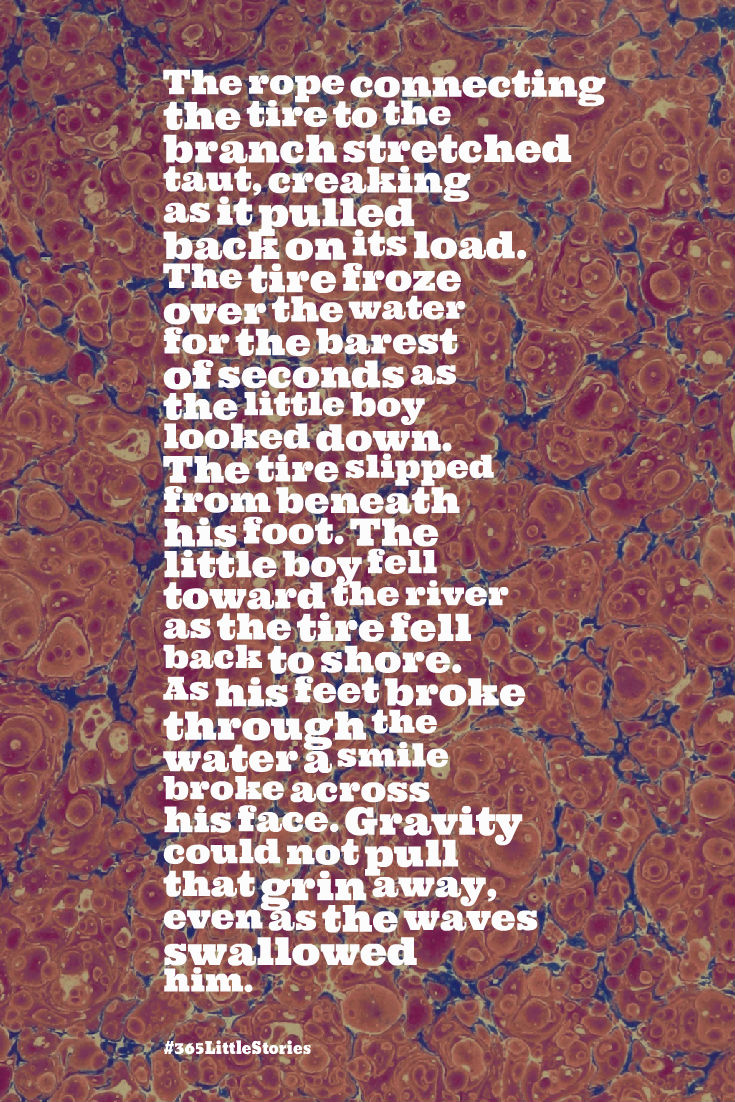 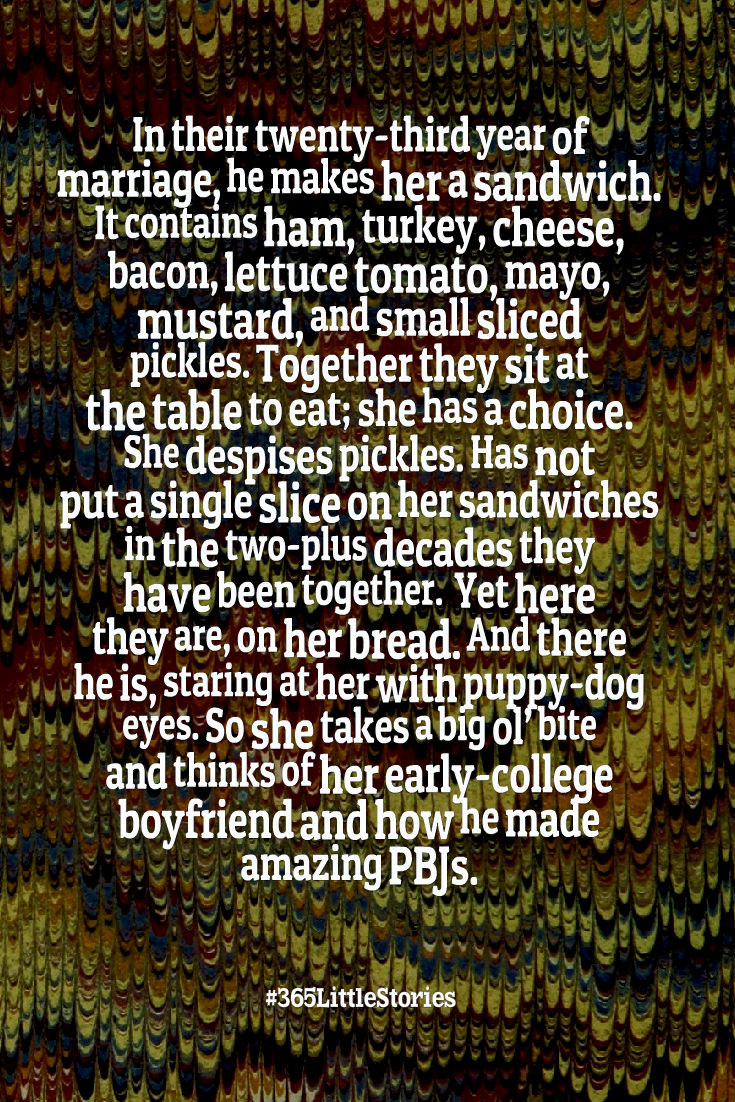 In January I set myself the task of writing 365 100-word short stories.

Part of me has decided that I’m really, really dumb for attempting this.

Part of me has decided that I’ve done well for doing this.

Lesson #1: Get ’em done early and often. I decided pretty early that I was not going to write one story a day — life gets in the way too often so consistency would become an issue. But I would write stories ahead of time to leave some editing/designing breathing room. The best way to do this is with a backlog, because catching up is a bitch. So, if you’re thinking about doing this…plan ahead.

Lesson #2: 365 stories is exactly that. 365 separate stories. Writing these things is not like saying “I’ll just write 36,500 words.” (Which I totally believed at the beginning of this project — so I told myself Easy Peasy. Ha! Silly me.) It’s much more creatively draining than I was anticipating. Each little piece is its own thing and requires its own inspiration moment. I’ve learned that, even if something is short, it is self-contained and belongs to itself — that’s something to respect as far as time and energy goes.

Lesson #3: Writing prompts are your friends. Subject matter can get repetitive…even with writing prompts…but having a different brain asking you different questions is a good thing. On days when you’re tired, when you have no juice left, when you are just staring at a blank page, it’s nice to have ideas coming from somewhere.

Lesson #4: It really is okay to suck. My only goal with writing these was to see if I could write these. I told myself at the beginning: “It’s okay for them to suck. You just have to write them.” But, like most writers, I didn’t want to suck. I wanted each one to be a tiny gem of awesomeness. However, typos snuck in. Subject matter became dry. Some of them are preachy. There are magical stories which are good…but there are some stinkers in there. And I HATE that but I must charge ahead. Damn the consequences.

Lesson #5: If you’re stuck: put a box around it. Sometimes, as writers, we get in our own way. We sit and try to force magic to happen. A good way to get around that is to set clear boundaries for what you’re working on. I already have a word count. If I add in a prompt, then I’m adding another boundary. I also really like to add a time limit. Seven minutes gets me around 175-200 words of a story that I can cut down. The prompt takes the pressure off my brain cells, the word count gives me a goal, and the time limit helps me not worry about sucking.

Lesson #6: Create some accountability. By posting these stories on my Facebook page (you can see ’em in the sidebar there), I’ve told my friends and family that I’m working to accomplish something. It keeps me honest. 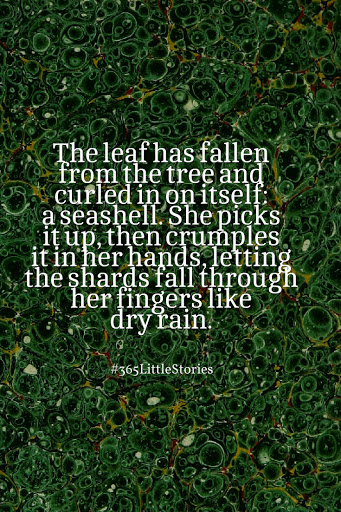