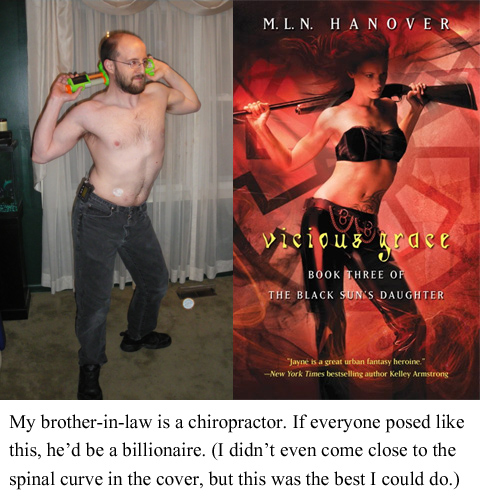 I the Divine was the first book I read by Alameddine.  When I picked it up, I had a moment of skepticism because here was a dude writing a book with a female protagonist and some of the chapters are even in first person.  Right around this time, we had a couple of guys cycling through our writers group who were trying to write female protagonists and failing spectacularly.  So, I was in a cynical frame of mind.  However, I was pleasantly surprised because Alameddine wrote his protagonist like she was a real human, not just a male fantasy.  Imagine that!

But, I say cheers to all the male writers out there who actually understand that women are people too.  If you haven’t already seen Jim Hines’ blog post where he mimics the poses of women on book covers, click over right now.  It’s not only hysterical, it makes great points, too. 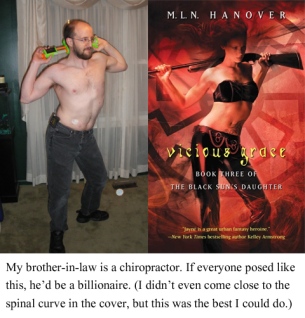 Another piece that makes some great points is an article author Greg Rucka titled Why I Write “Strong Female Characters”.  One of my favorite parts of the article is when he’s talking about preparing to write Shooting at Midnight, which was written in the POV of Bridgett Logan.  Here is what he has to say about preparing:

“Bridgett was not my first female protagonist, clearly, but it was the first time I was diving into such deep waters. I was going to be in her head, see through her eyes, and while I knew her personality, there were many gaps… And despite my best empathy, I didn’t know what it was to see the world as a woman.”

My favorite comment of Rucka’s is the one that the problematic writers I mentioned earlier really need to hear and understand, because that’s the crux of where they go wrong.

I talked to women.”

See, these guys who were problematic would bring their work to the writers group, then the women in the group would give them feedback about the characters, and the guys would blow it off.  They thought they understood women better than women did.  No wonder their female characters were disasters.

Let’s go back to women on covers.  Consider the difference between the woman portrayed on the cover above and the woman on the cover of one of Rucka’s comics below.  Which woman would you take more seriously?

On a final note, it wouldn’t be fair to talk about men writing women without also talking about women writing men.  Next week we’ll be featuring a guest post on the topic written by a feller.  Stay tuned!

6 thoughts on “When Dudes Write Chicks”